Owners of United Engineers said to be mulling sale

The biggest stakeholders of United Engineers Limited (UEL), which has a market capitalisation of $1.7 billion, have officially begun evaluating buyer interest in the 105-year-old Singapore property conglomerate, reported Bloomberg, citing sources privy to the matter.

In October, developer OUE confirmed reports that UEL approached it regarding a possible share buyout, but said it wasn’t involved in any discussions, according to a Straits Times report.

Since December 2016, UEL’s largest owners have been disclosing financial information regarding the company to would-be bidders. At least 10 entities, including property funds, private equity firms and regional real estate players, are keen to purchase the company, said insiders who requested anonymity as the discussions remain private.

On Thursday (5 January), OCBC and Great Eastern said in a joint SGX filing that they had appointed Credit Suisse as an advisor on the strategic review of their shareholdings in UEL. The process is ongoing, but it is uncertain whether this will lead to a transaction.

Deadline for the first-round of bids closes on the last day of January, and UEL’s share price increased by up to 4.3 percent yesterday, the highest intraday increase in almost three weeks before trading was stopped.

In recent years, UEL had been disposing non-core assets, including stakes in a Singapore luxury car dealer, a steel fabrication business in Indonesia, and property management companies in China.

“The reported keen bidding for this portfolio is not surprising,” Priyaranjan Kumar, Cushman & Wakefield’s Regional Executive Director of Capital Markets, wrote in an email.

“One would expect pricing to reflect a premium to book value, given the strategic value of the assets and the significant time and risk that anyone would otherwise take to replicate a portfolio of this size in Singapore,” he added.

Great Eastern, OCBC, and the latter’s founding Lee family collectively hold a 30 percent stake in UEL. Buying their stakes would result in a mandatory takeover of the rest of the shares based on Singapore rules. 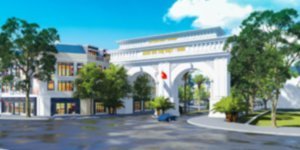